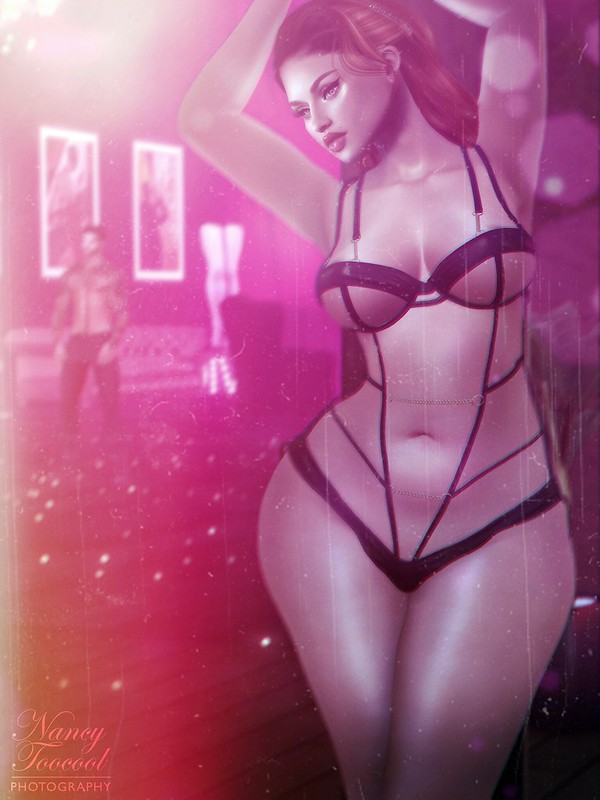 It was almost 3:30 am and her shift had ended half an hour ago. Being a night owl, she wasn’t feeling sleepy at all, and when she noticed the man linger around in the lounge even after last call, she decided to stay for a moment to see where the night would lead her.
“Psst”, she hissed to get the man’s attention (as if she didn’t have it already). “I have some vodka in the dressing room if you still want a drink. The bar is closed already, you know”, she said while leaning against a pillar.
“Oh yeah?” the man replied. “What else do you have in there?”
She bit her bottom lip and grinned. “A divan big enough for both of us”, she said with a wink. “And some… toys… Come find out.”
The man adjust his bulge through his pants as he started to walk towards the woman who quickly skipped into the dressing room.
The lounge was quiet. The bar staff had left for the night and it was a few more hours until the cleaning lady would arrive. Not a sound could be heard… excluding the loud moans and groans coming from somewhere behind the stage. 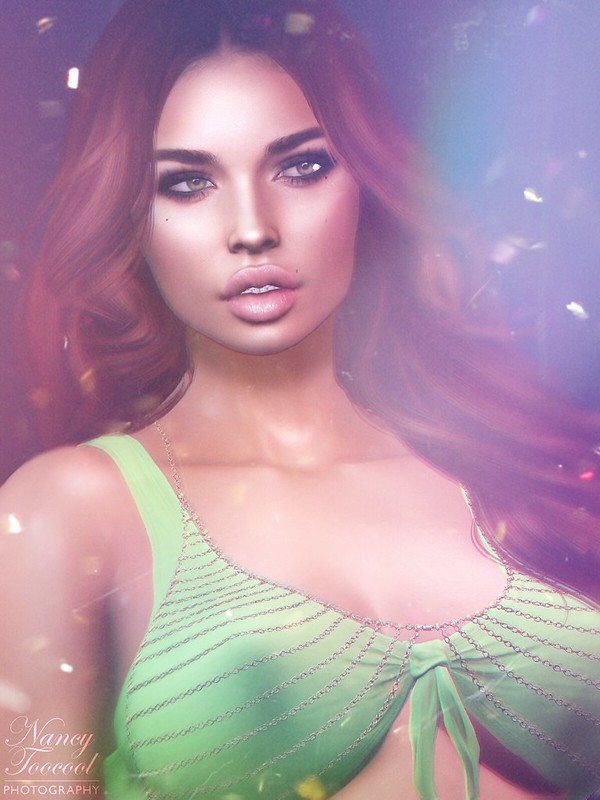 She had been going to the beach every night since that one particular beach party, where she had laid her eyes on a young man with hair as golden as the sand they had danced on, and smile as wide as the highway that would lead her back to the city tomorrow morning.
At first glance, the beach looked empty. She let her bare feet sink into the sand that was still warm from the afternoon heat. In her favourite bikini, she skipped along the sea bank, occasionally dipping her toes into the water.
She was getting ready to turn around and walk back to her aunt’s beach house when she heard a voice in the dark somewhere behind her.
“Hey, you”, a man said and lit a cigarette. In the brief light of the match, she saw the person she had been looking for.
“Hey… I came to look for my heart. I think I left it somewhere here the other night”, she said with a smirk. “Have you seen it? It’s about the size of my fist and most likely pretty bloody… if not half rotten by now.”
Without saying a word, the young man with golden hair leaned over and kissed her. Together they fell on the sand, their shadows blending together in the summer night that was always to be one of the wildest for both of them.

It had been several weeks since she had last seen her husband. His work forced him to travel from town to town, and she was getting bored of her special collection of adult toys. To put it bluntly: she was horny and in need of her husband.
She spent hours applying her make-up, making sure that the lipstick was the right shade of hot red and that her eyes were surrounded by a thick layer of black eyeshadow. She had no doubt that her make-up would be smeared and smudged in a few hours, yet she still made the effort to make it flawless.
“I’m sure he will notice how perfectly my lips are lined as they wrap around his member”, she thought to herself and let out a little giggle.
When she heard the front door open and close, she quickly undressed and positioned herself in front of the fireplace. As her husband appeared in the doorway, she looked at him with a naughty grin and winked at him.
Without saying a word, she crawled to her husband’s feet and unbuckled his belt.
“Welcome home, honey”, she whispered as she pulled his pants down slowly, guiding him to sit on the fur in front of the fireplace. “Let me greet you properly”, she said with a grin and lowered her face in between her husband’s thighs, leaving red lip marks all over him.

It had been eight days since the yacht they had been on had crashed against a rock that was lurking a few inches too close to the surface. The rest of their party, including her husband and his girlfriend, had either decided to wait for help on the yacht or to take the second lifeboat and row to the opposite direction.
“There’s nothing but the open sea out there!” she had yelled to her husband. And she had been right. Or at least right about the fact that in the direction she and her husband’s friend had chosen, there was more than the open sea, because in the darkness of the night she and the man she barely knew had guided their lifeboat to a rock, behind which a small island opened in front of them.
Days went by. When the sun was up, they looked for food (mostly random fruits and some fishes they managed to catch at the shore), and when the blazing ball of fire disappeared beyond the horizon, leaving the island cold and hostile, they struggled to keep warm by the beach. Making fire was difficult and the little clothes they had had on had either gotten torn by fiendish bushes and scrubs, or were too wet from the fishing.
“I have an idea”, he said as he stood naked in front of her, twisting his pants dry. “Don’t get me wrong, I don’t mean anything sexual by this”, he continued. “But why don’t we get fully naked and press our bodies together. I’ve heard that it helps keep us warm.”
She looked at the man and imagined his strong, warm hands on her body. As the cold sea breeze groped her to the core of her existence, there was no doubt, which would feel better.
“Well… It’s only rational, right?” she asked, looking for affirmation. As the man nodded with a grin, she crawled over him, their naked bodies pressing together and eventually becoming one in the dark night at the sea.

Her husband had been out of town for a business trip for a few weeks. Night after night she grew more and more restless: needing to feel the touch of a man on her skin, wanting to be desired, yearning for the euphoria of sexual climax.
That particular night she had been tossing and turning, unable to fall asleep. Nothing seemed to help… except for that aforementioned climax.
She got up and sat on the windowsill next to her bed. It was way past midnight already but she saw a light in one of the rooms in the neighbouring building.
Not caring if she is being seen or not, she let her hands wander down along her curves, giving herself goosebumps, making the warmth and the desire inside her grow as her hands slid lower down her body.
Without thinking, her hand reached for her phone and dialled a number she had memorised, afraid to save it on her phone in case her husband checked her contacts.
The line let out a few dusty beeps before a male voice said “Hello?”
Her voice shook when she said quietly: “Hi… It’s me. I really need you tonight.”